River cruising is really popular. Having participated in two travel shows this month, I can report that the general travelling public (at least those in Ottawa, who come to shows) are interested in river cruises in a big way. Many many potential future clients were asking me about river cruise availability.

River cruising is popular because most of its guest have either already done the mass-market ocean cruises, and are ready to graduate to river cruising; OR, others have never cruised before, and are attracted to river cruises as a beginning to their cruising because they can always see land.

River cruising is popular for its great food, great decor, it offers an intimate experience onboard smaller ships, and many clients are ready for a more adult experience. 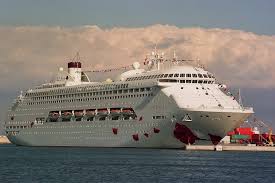 The general rule of thumb with river cruises is to book early. A year in advance is the norm. River cruises sell out far in advance, so if there is a route, or time period, that is really of interest to you, book as soon as you can.

With Arosa, we have new blood in the North American market.  Arosa is trying to get some market share from the ranks of viking, Uniworld, Ama, and Avalon.

There is still some good availability on Arosa for 2013. Watch this video with Shirley Lew of Cruise Strategies.

And call me to check pricing and availability for you.